How CSS Works Behind The Scene - Cascade & Specificity 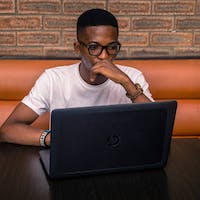 Subscribe to my newsletter and never miss my upcoming articles

You must have been wondering what cascade means in CSS, cascade is a process of combining different stylesheets and resolving conflicts between different CSS rules and declarations, when more than one rule applies to a certain element.

CSS can come from different sources or files, examples of such sources are;

How Does the Cascade Resolve Conflict When More Than One Rule Applies?

Now that we are aware of the different sources that can affect our CSS styling, let’s dive into how the cascade can resolve conflict when more than one CSS rule applies to just one HTML element.

So how does it resolve such conflicts? Well! What it does is to look at:

In order to determine which CSS style takes precedence;

The !important keyword when declared by the author himself only works when they are two conflicting rules in the author declaration. It cannot override the user declaration. Let’s look at an example here; 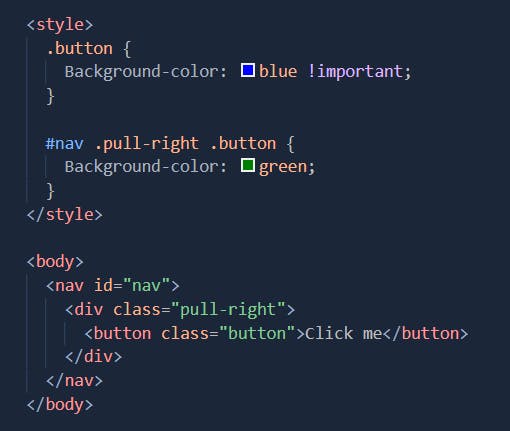 Note: Other rules were added to change the text color and padding of the button, it was intentionally not added to the above code snippet as it is not focus but just the background-color.

As you can see in the above example, there are two conflicting rules for background-color and the one with the !important keyword took precedence over the second one.

A lot of times, we would have a bunch of conflicting rules in our author declaration/stylesheet without any !important keyword. Now, what happens in this case?

What the cascade does if this is the case is to calculate and compare the specificities of the declared selectors. This is how it works;

Let’s take a look at another example where there are two conflicting rules with one of them having a background-color: blue;, and the other with background-color: green;. With these two conflicting rules, how would the browser know which one to implement? Well! We will see how the browser selects which of the two rules to be implemented in the example below: 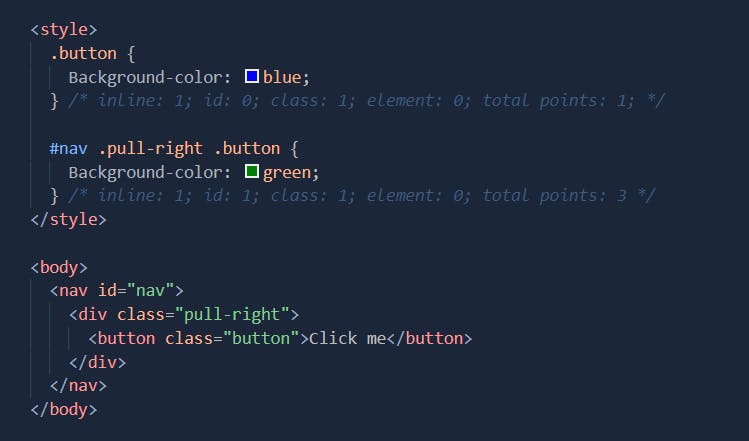 Now, you’re probably wondering what the numbers in the comments mean and how we would use these numbers to find out which of the selectors applies. We start to look at numbers from left to right starting with the most specific category, the inline styles, if there’s a selector with one or more it wins against all the other selectors.

In some cases, the ID category can have a tie, i.e. they either have no IDs or both have the same numbers of IDs. In this case, the cascade would then move to the class category to check for its winner, if there’s still no winner here, then it moves to the element category until it finds a selector with the highest specificity among the conflicting selectors.

The value of the winning declaration is called the cascaded value, because it’s from the cascade.

At this point, I know you must be worried that what if the cascade doesn’t find a winner in all the specificity categories, what then happens? Will none of the conflicting rule work?

Well! This is where the source order comes in. The last declaration in the code between both selectors will override all other declarations and will be applied. 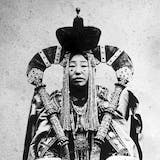 Your explanations are limpids like fresh water. Thank you for this wonderfully written article. I will use it for teaching css to my girl. 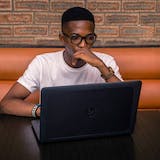 a small typo i suppose

Yeah, thanks for the correction

Thank you Shaydee Coder for explaining it! Well written article!